Day one of the worlds - cancelled due to wind.

Basically the first half of this year has been spent chasing down cash to fund the finale: the worlds. Arriving, unwinding, and flying the big air of Fiesch was a welcome decompression. To then reach Sigillo find the welcoming committee to be represented by the sprog police, Tomas Pellicci in particular, was an unfortunate twist in an otherwise sweet trip. Some people radiate positive energy; others are a drain on the world around them. If you are a comp pilot interested in having a hand on the wheel, I highly recommend joining a growing group of pilots who have become weary of the growing strangle hold on competitors at top level events. Go here with your comments: http://www.facebook.com/home.php#!/groups/118763844883239 We can go down with the current ship or put pilots in the driver's seat - comps should be for pilots, by pilots. Think: Hang Gliding World Cup...

My sprogs were deemed acceptably high. They are always among the highest. But off to the story:

Directly after the mid west comp in Illinois, I joined the Whitewater, WI crew as temporary tow pilot. The crew is awesome and things were starting to go well financially and weather-wise, but the slow start to their season forced me to abandon them and cruise over to Missoula to sew up Coverts. I wish I had less obligations and more free time because Whitewater and Madison would make a nice summer home. Greg Dinauer and Rich Cizauskas hosted me and we partied it up.

The next three weeks were spent feverishly constructing Coverts for more than a dozen customers on the waiting list. We made a huge dent in the now very short list, and each successive harness gave me ideas for my new harness - after Santa Cruz I plan to incorporate a few changes into my own harness and see how they fare in Canoa.

Fiesch was the first stop in the Euro itinerary. After a night in Swiss Nic's house in Baden, a hip little town close to Zurich, Blenky took a day to drive all of us and our huge pile of harnesses and wings to Fiesch, about four hours away. As we approached the Alps, it was clear we were in for some amazing views and huge air later in the week. Aside from one very rough day and a cancelled day, the flying was awesome. You need only to climb a thousand or so feet over launch to find yourself perched above a collision of three separate glaciers, sliding forever from the peaks around the Eiger. My bump tolerance is up a few notches or more after last week's event. Modern gliders are amazingly forgiving of unbelievable turbulence. We met some cool pilots, some of them flying their first comp ever. Quite an indoctrination.

And now we await the first task of the 18th worlds. For now, it's an ongoing party as old acquaintances keep reappearing in corners of the small village of Sigillo. We were fortunate to get a few days of great flying off the south launch up on Cucco before the start of the comp. The rest of the nights have been spent partying, and the days hiking - there is a trail from nearby Costaciarro up to the top of Monte Cucco that has one of the best continuous inclines I've ever found. More than 3000 feet of punishing single track with probably 95% of the trail at a continuous grade. Yesterday my mom and I made the climb to the 1566 meter peak in a little under 1:30. Clouds were raging by starting about 50 meters below peak height as they joined a growing cu nim between the mountain range and the Adriatic sea.

Tomorrow looks a little worse for weather but we expect to fly on Thursday. I'm just happy to be here with the health to do what we do. Here are a few pics of the journey - and my new sail. The Wills crew hooked me up with the best flying T2 I've ever had. Totally stock sail that has the most balanced and lightest steering yet. 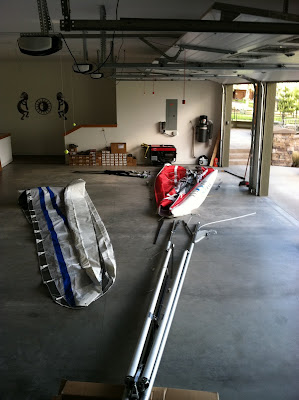 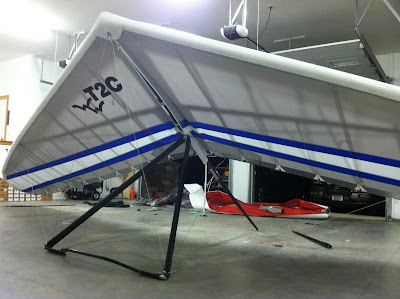 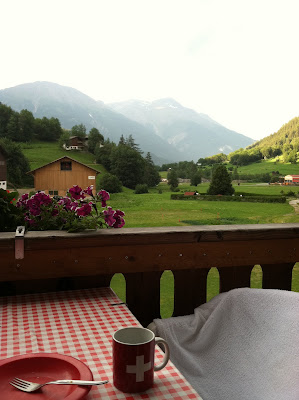 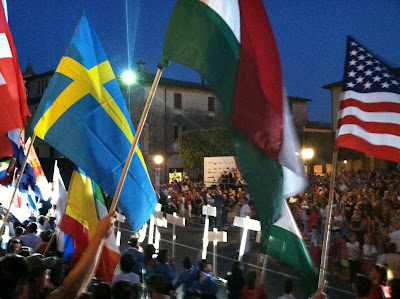 Posted by Dustin Martin at 3:07 AM