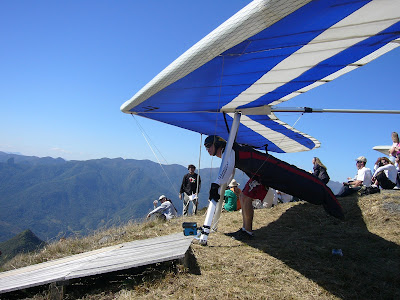 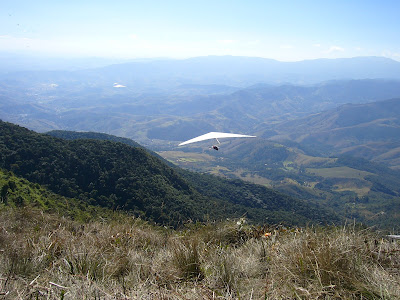 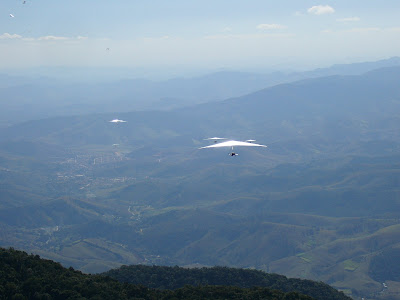 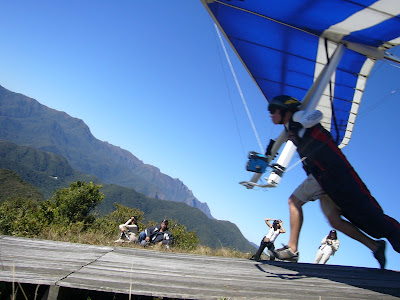 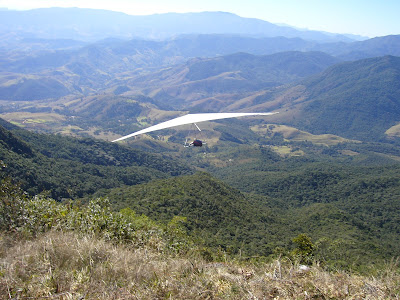 Last week I went 800km north from Curitiba to fly in the 4th edition of the Brazilian circuit. Itamonte has the only true mountains I have ever seen in Brasil, at around 2500 meters altitude.

Flying was nice considering we are in the middle of winter here. Even on the blue, inverted days we were able to do between 60 and 80 km, 2.5 hour tasks over cool terrain. Landings were almost all hillside rotor affairs but winds remained light all three days so it was pretty mellow. Takeoff was more like what I'm used to with a prevailing over the back wind only blowing in because of thermal and rotor. Even with little to no wind, the launch ridge was very turbulent by my standards. As soon as we left it became very smooth with light consistent thermals and big gaggles.

Goal was always in town which was cool since it's in the bottom of a valley circled by small hills. If you clear the ridges, you make goal. Some pilots would come in super low and have to turn to follow the backside of a ridge, pop out a small side ravine, then squeak it in over trees and houses. Others pushed a little too far. I had one slow day after I misread my borrowed gps and went the wrong way for about 10km, then got back on track and had a decent finish. The second day I simply fell down after wrongly assuming the day would be as good as the day before even though we didn't have clouds. Lesson learned and day 3 was a great experience and really good practice for my weak point: weak days. I got a late start but had the patience to lead a small gaggle around the course rather than run off and try to win the race on every glide and every decision. Final glide was cool.

A malfunctioning electronic gate at the house where I left my harness last week left the garage open suddenly in the middle of the night on the weekend. Three kids came in and left with bicycles and my harness bag. They were confronted by the owner of the house a couple blocks away where they dropped the harness in the road and ran away with the bikes. Unfortunately they had already found my Flytec 5030 and the third kid was long gone with it. So this comp was flown with a regular gps and simple vario, both borrowed from generous locals. My confusion the first day was compounded when I checked the track log mid flight to find it was 100% full. I assumed that I had just lost the day but continued to fly anyway just in case. Fortunately it was on 'wrap when full', which saved the day. Still hoping to find that 5030, going to try a door to door hunt this weekend. We know their faces.
Posted by Dustin Martin at 9:02 AM 3 comments: 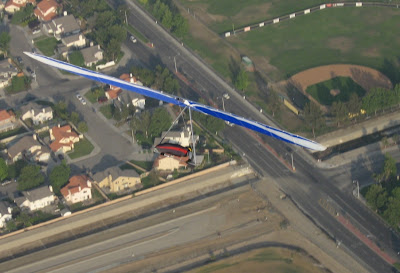 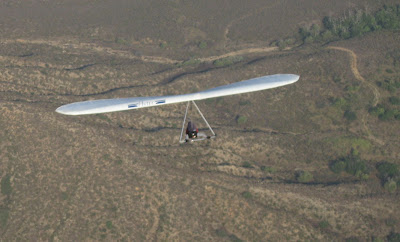 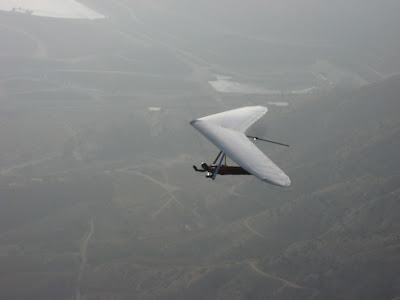 Universal "you lead out" signal, usually followed by the other pilot doing one more circle as you glide away. My current wing is gliding *well*. Photo Dave Freund. 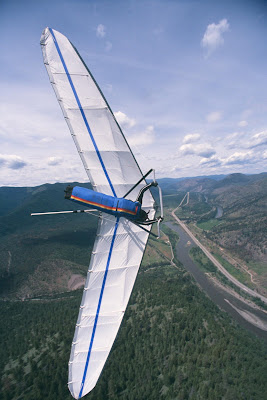 Jeff Shapiro in Montana on the wing I flew at the pre worlds last year. 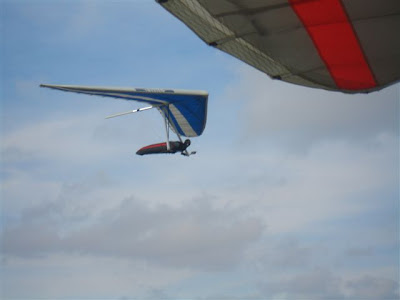 On glide with Konrad on a flight from Andradas to Campinas. We had an amzing final glide after a super cool winter flight of 80 km.

Posted by Dustin Martin at 2:33 PM No comments: