Our approximate track over the course of the Rally 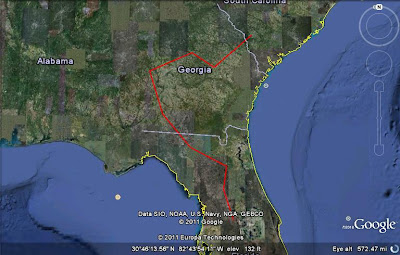 Paris on opening day launching out of Quest 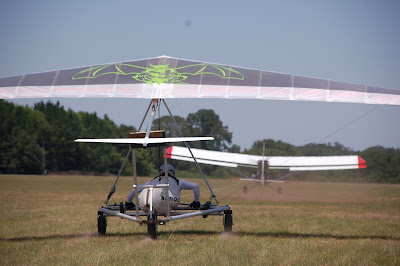 Shapiro launching out of Live Oak on day 2 Couple of T2s in goal at Moultrie municipal 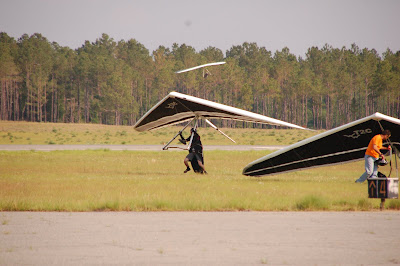 Launching off the taxiway at Americus airport in southern Georgia 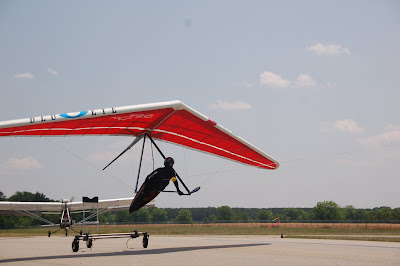 Aerial view of the Americus apron 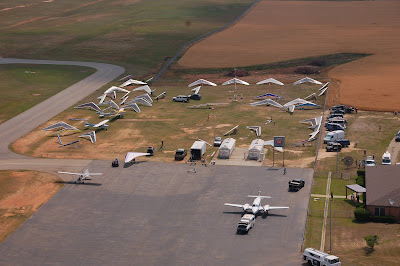 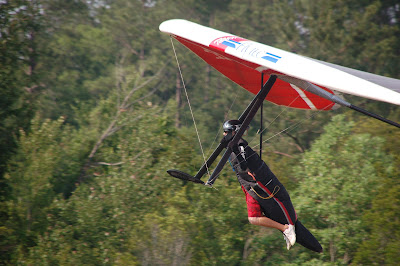 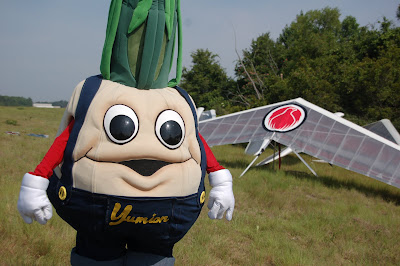 Curt, Lou, Wylie, and crew after a long day 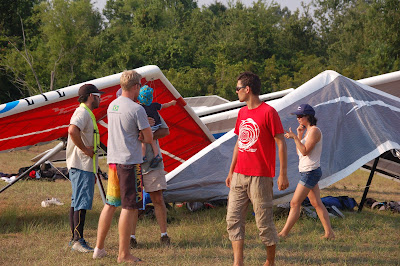 Jonny departing on the last day of the Rally on his way to Allendale, SC The combined weather for the Ridge and Rally comps had to be about the best I can remember in Florida. The ridge was tricky as usual with some light days and lots of wind but we still managed several 100k + days and had a strong field with jr. and the rest of the moyes boys there as well as the wills team. The US team got great practice for the upcoming Italian worlds and I think we have honed our radio comm at this point. Several new gliders were delivered at the ridge comp as well, and Miguel Molina and Mike Glennon were stoked with the way their new 154s were going. Fillipo, Stinnet, Bunner, Bostik, Davis, and others all seemed to be nearby when the going was good.

The rally had basically the best weather I've ever flown in the east. Mostly 6-700 up with the occasional 9 up just to keep it interesting and allow you to leapfrog from behind if you got lucky.

Coming off of a light spring schedule, I was a bit worried about how I would settle into comp mode. Two weeks of 16+ hour days working in the Shapiro harness shop right before the comp weren't the best training I could have been doing, but it seemed to be working for the first 3 days of the ridge... there's no doubt our T2s are going as well or better than they've ever gone with zero issues gliding with anyone out there. By the end of the 2 competitions, Jonny had 5 day wins, I had 4, and Paris and Curt each snagged a day win, both after a long absence from the US comps. When it was done, Jonny's consistency had won him both comps, however I am super happy with my performance and can narrow down my mistakes to just a couple over the entire two weeks - which is a rare thing.

The ridge comp marks one year since I first flew my proto covert, and after a solid season of racing it is looking pretty much new. I'm taking it to the worlds along with a new sail on my current frame (T2Cx...after a little skunk working). Looking forward to a full season of comps..
Posted by Dustin Martin at 12:29 PM 1 comment: