evolution of a coastal slayer.. 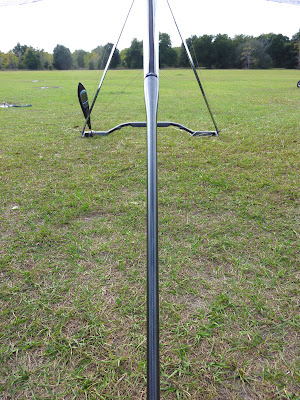 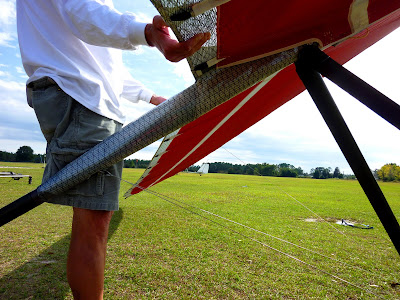 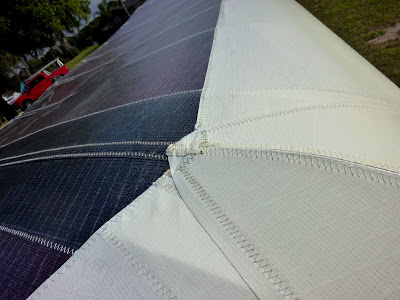 seal for the main center zip 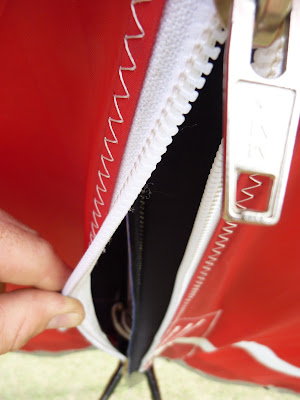 first - neoprene inner seal where the main suspension enters the sail. next - milling off the front of the hang tee to get enough vg travel to bring the sail to its knees 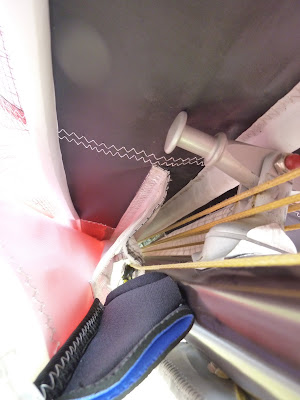 looks bad ass, worth taping on just for that 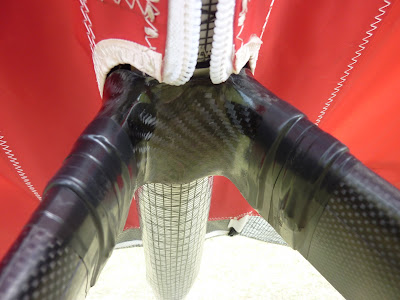 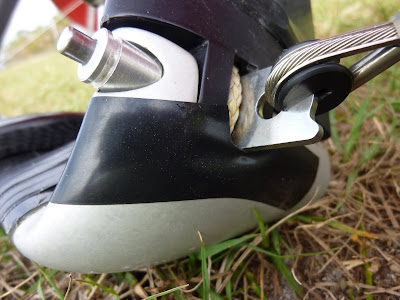 took a chance on a new tip cut... may be the beginning of something? I like the aesthetics. 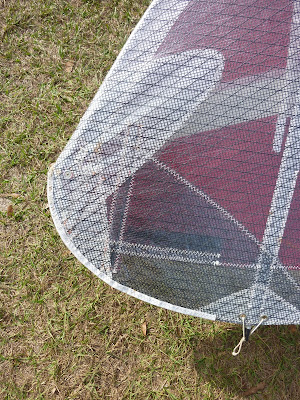 It's my favorite event of the year, but we were missing the rest of the Wills team and Sylmar crew for sure - after losing the entire 2010 posse to financial problems or doubts about the stability of Ecuador, I finally decided to go alone and forget my problems on the beach in Canoa rather than in Florida mid winter.
It was a shaky start after being turned away at the check in counter by American Airlines in MIA. Customer service has finally been completely extinguished in Miami but I had a smooth (last ever) flight on AA a day later.
Arrival was traditional Guayaquil - the welcoming committee of hang pilots was in attendance and, in typical style, we drove straight from the airport to the club for an all nighter downtown.
Next day was perfect for assembling the glider, nursing the hangover, and making the half day drive to the cliffs. The weather when we arrived that night could have been any year I have ever been there. It is always the same - wind is always on, temp is always where you would have it if you could control it, the best seafood is always a couple minute walk down the sand...
The practice day is historically the day we flex our glider muscles and pose as hard as possible to crush the spirit of any wanna be podium finishers. This year was no different and, realizing Daniel Velez was the nearest opponent, I made sure he was crying by landing time. The truth is you never know how the glider goes until practice day drag races.
The race went for two days with the third drizzled out (we still flew the third day, but pilots were nervous about cloud flying with the misty, low bases). First day was a race, wind was on, pilots were keen. I am usually good at the start gate but spent too much time practicing a critical move on the new course so I was out of position for the first clock. Diving down to the compression behind Daniel and crew, I knew it would be too much work to catch up and I wanted to crush them the first day to have some breathing room for unexpected conditions the following days. I returned to launch for the next clock slightly humbled and ready to nail it. We were both in front of our respective groups so had identical zero-wake conditions and i got him by a little over three minutes on the approximately 40 minute course. Party time.
Hard to wake up on day two, clouds seemed lower or it could have been my vision. Wind was *light*... Effed the start again... Needed to relax. Daniel left nearly his entire gaggle on the ground at the first turnpoint.. it looked like a diver cemetary and the vario was silent for several kms. Definitely the lightest day of racing I have ever had in Canoa and both Daniel and I were alone on our own private race wondering if we would close the course. The T2 that I had labored over for so many late night hours at the factory prevailed with another one minute lead. Party time.
Day three - drizzle. Perfect conditions for a north cliff run after the day was cancelled. Decided to do a wave skimmer and flush some pelicans about 10 k's from retrievable territory just to see what the sensation would be. It's strange the sound of your own breathing inside the helmet visor when your powerless aircraft is zinging over the waves, vg rope skipping off the sea foam, the cliff wall that's towering above you is approaching .... and the beach you just sailed across is inescapable except by boat.. only tomorrow if they decide to look for you. Aaaaah..perfect. Party time.
Next day was a lesson in what should have been last night's moderation. Just like every year. Can't wait for 2011, bring it Moyes Boyz!
Posted by Dustin Martin at 3:56 PM