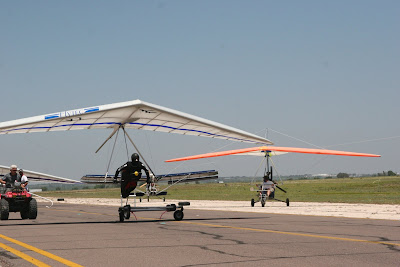 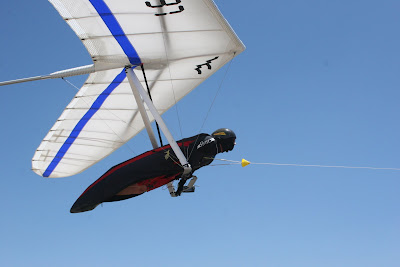 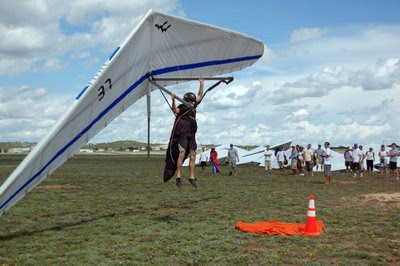 Here are a few pictures I lifted from blogs, emails, etc. I broke a tip on the landing but borrowed another one and won 300 dollars on the next landing. Jonny would have walked with 500 dollars but had already decided to split with Kraig... Texas is over, Brazil is ahead, and right now I am getting some great flights in Arizona between storms and 110 degree days. 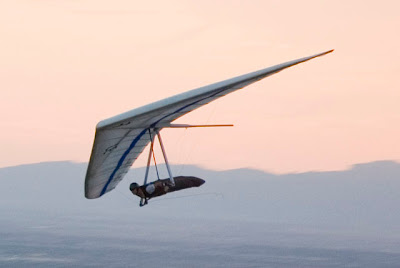 
This is from the other night over at a local hill in the middle of the city. Flew till I couldn't see the ground anymore and landed by the lights of a city park. While everyone else is losing sites and airspace is closing in, the FAA recently altered the airspace in Phoenix and the change goes into effect Ocotber 25th. We are gaining 1000 feet at one site, 2000 feet at another. Pretty sweet, too bad I'll be cruising the cliffs in Ecuador when it all goes down. Working on a ticket to Brasil right now, cutting it close but hope it works out and I should be flying in Brasilia by this Sunday
Posted by Dustin Martin at 3:25 PM