Just got back from the annual Canoa ridge race/Guayas rally tour. This one was even better than the last two. This year our group skipped all the peripheral distractions and headed direct to the beach from the airport. It was nice to miss the dirty air and oppressive heat of Guayaquil, but I think you can't fully appreciate the coastal flying without the obligatory toiling in town first. We managed somehow. The first day began with Jamie, Mike, Jack and me unpacking our wings in the grassy courtyard of Joab's hotel/boarding house. 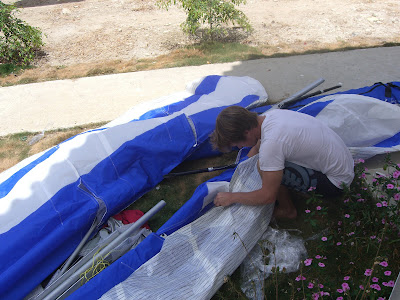 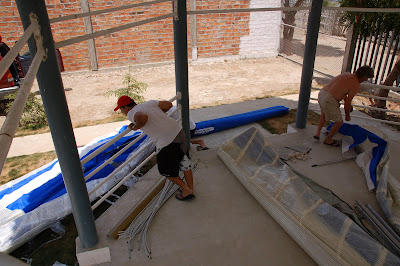 It was slow going but after a breakfast of fish soup..mmmmmmm...we all got off the Cruzita launch, an eroded cliff launch about 30 cross to the prevailing wind set back from the main ridge in a strong rotor. Everyone made it off unlike last year and it was off to the races. 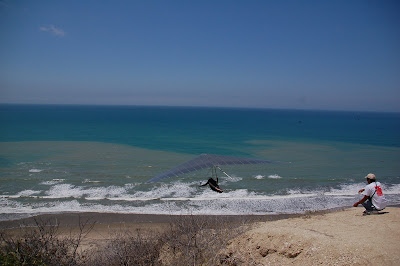 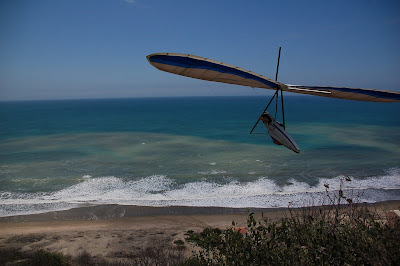 This was the pre-race psych out session where we sized everybody up for the upcoming race. The Canoa race is a course of calculation. You fly it correctly or incorrectly. Once you have got the tactics down, only your glider can make the difference. For some reason, once off the hill I could rarely find Raul or Mikey for a comparison..... 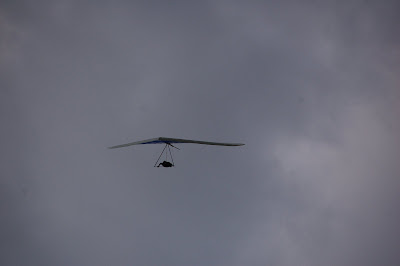 This was the first flight on my new glider and it flew straight and was almost where I wanted it just from the hasty tune at the factory. Cruzita was nice both of the days we flew there, a little cross but still great soaring and good decompression from the all night drive to get there. Landings were tricky at high tide and some ended up in deep surf but had a huge rescue crew waiting so there wasn't too much drama.

Here I am coming in right around high tide. 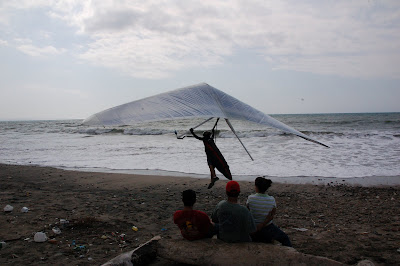 The next day we spent the entire day travelling to Canoa. This is less than 100km if you flew it but we waited around 5 or 6 hours for the ferry that crosses the inlet dividing us from the Canoa cliffs. The day was spent in shops and bars and eventually we were across and on the road again. 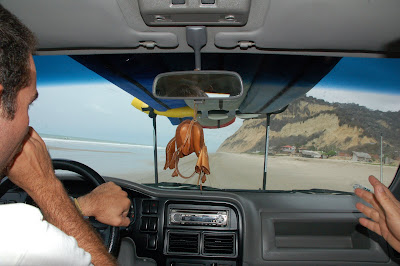 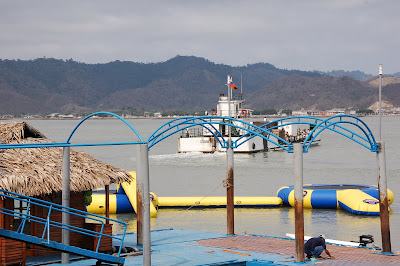 We settled in at the Sol y Luna hotel like the regulars we are, and from that night until the day we left a week later, there was not a second night or day that it did not blow onshore. We basically flew until we were tired every day including the race days. Most practice days and some race days ended with an extra twenty miles tacked on for a north cliffs tour. We were able to visit the lighthouse again this year which is the northern extent of the ridge, way, waaay into unretrievable beaches. The ceiling was 400 meters almost every day which made the trip less stressful than last year's. Our videographer once again had camera problems and the north cliffs remain a legend to all those who haven't made the crossing. One day early on we all slightly overdosed on tequila, not quite intending to. The double shot catches you off guard. There was at least one day that I was completely useless, and fortunately that doesn't seem to matter at the beach. There were several days of tandems on the beach with Raul Guerra's tandem falcon on gear and Raul Larenas' 582 trike that climbs like a rocket at sea level. Just enough each morning to loosen up the arms for the race. There were some great views over the cloud deck that I wish I had captured but that will also remain legend. 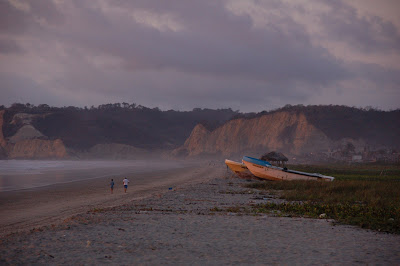 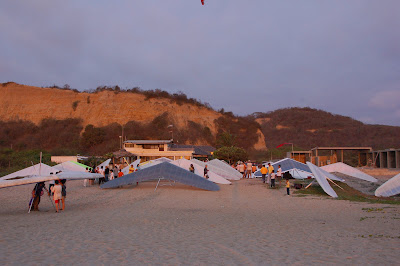 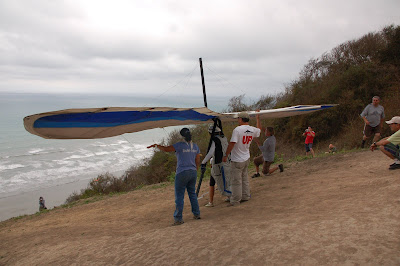 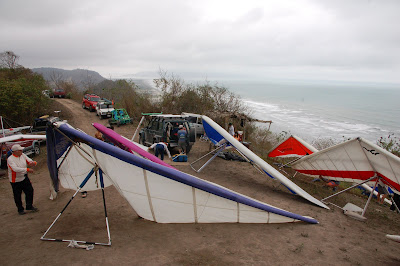 These guys really know how to hold a comp. The awards ceremony was all out of proportion to the size of the race. The comp is actually the Ecuadorian nationals but is no more than a friendly gathering on the beach when you see it. 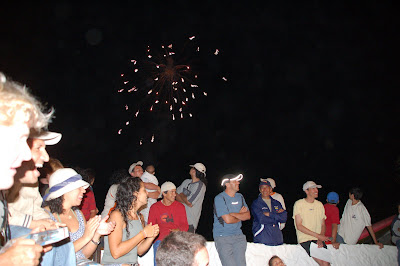 We were all full of pilsener by the time we hit town on the last night and the double shots were going down unnoticed until around 3 a.m. when Eduardo Senior backed the Toyota into a "hole" in the road in town which swallowed his truck. He unded up on the roof with an engine comartment full of sand and basically a totalled body. This allowed our crew a few extra hours the next morning to short pack the wings while he ran a bunch of oily gas out of the engine and cleaned things up. There was no longer a windshield so the 8+ hours home was with goggles and a lot of luck. Night fell and he needed us to run escort since he also lost his lights in the incident. That night in the Howard Johnson was the best shower I believe I have ever had. Even payed to have the clothes washed since I was on about round 4 with the shorts and shirts by then. 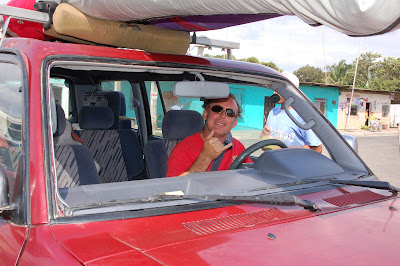 Our group this year was by far the best ever. It was hard to leave new and old friends and I'm already plotting my next trip. Hope to see everyone soon. 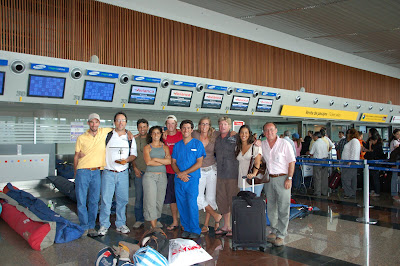 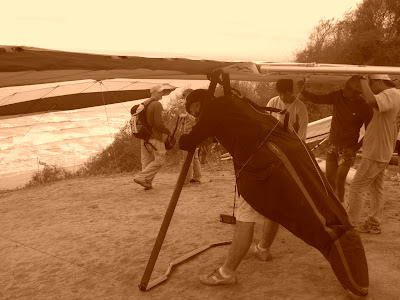 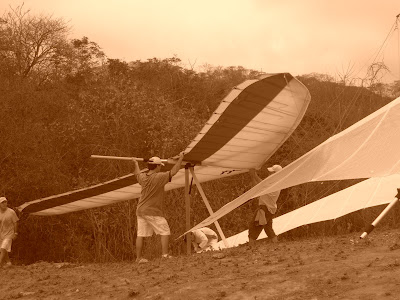 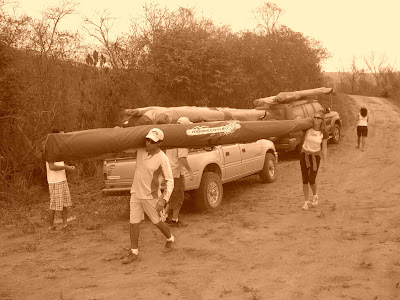 Posted by Dustin Martin at 8:47 AM

hey man, I like your fine history. really I know. that my hotel (no hotel . is only my house) you can use when you want. I hope that all paople come again. crucita wait for you and the all guys.

I hope fly in canoa this year. I need try to talk with jack for talk about the glider. them I can be in the competitions.

whel dustin. We see you in final october for fly in manabi.