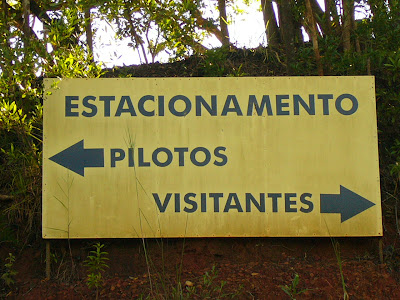 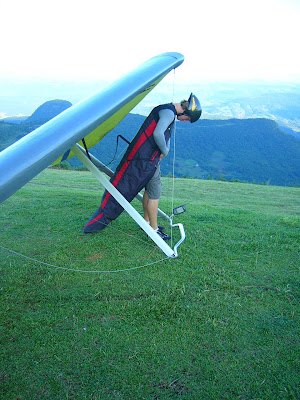 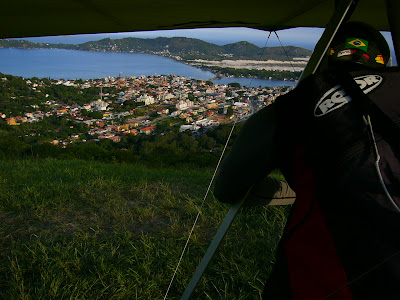 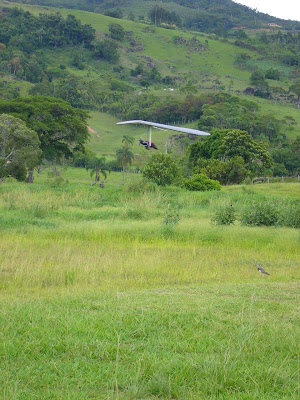 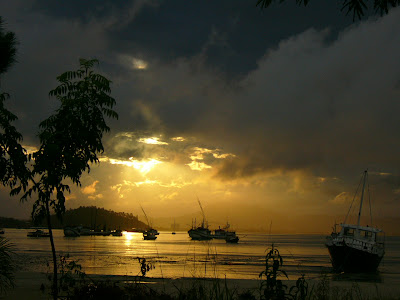 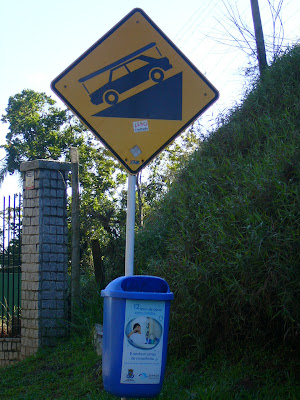 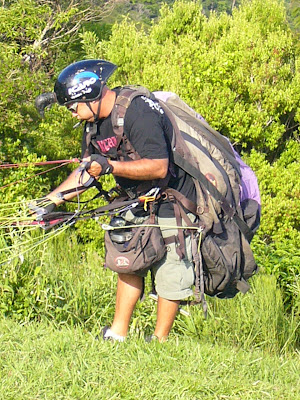 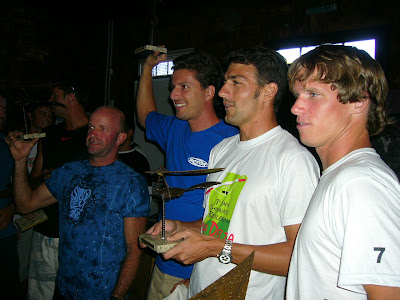 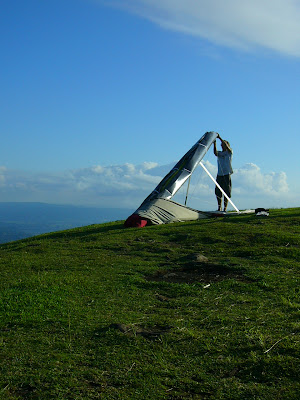 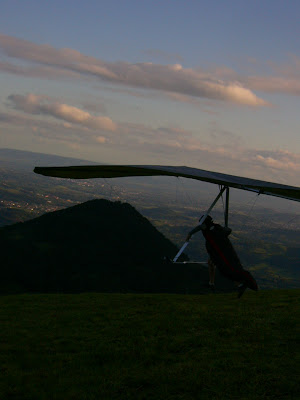 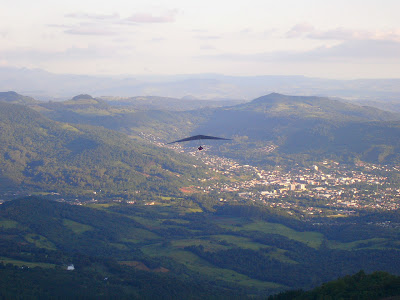 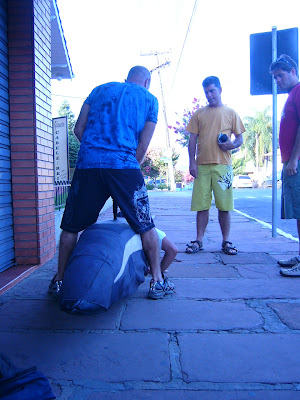 Still floatin' on that christmas dough, thousands poorer, but rich with the experiences of the past two months.
Hit Brasil christmas eve, five gliders, a harness, and a bag of clothes in the belly of a 767. My girl and I headed to the southern highlands of RG state for the 1st stage of the 2007 comp season down there. The sky was painfully epic while I was waiting for Nene to bring my glider and then, first day of the comp of course, the weather turned. I ended up with a fourth place finish on the single taskable day of the three day meet. I was very happy with the glider, a little less happy with my decisions for the day, but just as happy to blame it all on being a little rusty with my new vario and not having many hours lately.

That day was just beautiful for a task and, while a little under-called, it outlined what a hang glider race should be. Beautiful totally mellow skies, limited pimping, varied conditions throughout the race, and LOTS of people in goal. (Almost forgot, no arguing and rules BS on launch, just a bunch of guys eager to fly) A sports station was covering everything and got footage of the race and I did some in air footage on one of the days off. Tons of ped's out watching, it was a nice scene and I really enjoyed that place. I wanted to stay for another week and try for some open distance to the west but it just didn't work out.

Couple of days later found us in Floripa, a few hours drive north from the comp site. I have never hiked my glider so many miles in my life! And I hike a lot! I humped that thing up every bump above every beach on that island and, for the most part, I was rewarded with incredible flights, sunset views over the beach, mad acro, etc.....next time I'm bringing the PG!

The pilots were awesome, everybody wanting to help, nobody complaining that I was blocking launches even in the middle of booming tandem business. They were super cool....which is what made the local residents living near the sites seem so much the opposite.

One particular stormy afternoon, aching for a flight, I decided to hike up a local pg site and try to poach a flight before a squall hit. I was just having trouble finding the trail. Asking around I finally located the trailhead behind a rundown old hotel at the base. Government preserve signs all along the trail were encouraging me to have a great time in the wilderness and pick up after myself. I got up there with 110 lbs of equipment and a mild heart attack 30 minutes later. Still catching my breath I heard someone running up the trail. This guy, way too aggressive for his body weight, introduced himself as an employee of the hotel which owned this entire mountain range. He must have been paid quite well because he felt obligated to chase me up the hill to demand $10 reais, about 4 bucks. The vibe was not a friendly one but I was still on a cardio high and I felt like arguing against what was obviously extortion....anyway I ended up winning, sort of. But then after wasting my breath on that criminal the storm hit! Another long hike and a bunch of glares from the hotel 'staff' and I was out of there. Turns out these guys are basically squatting on government land and the mayor is trying to tear their hotel down but it's sort of mob rule in certain places so....they try to make up the difference on easy foreign targets, of course never attempting this sort of thing on a local pilot. I'm glad I could at least waste an hour of his day and get tuned up a bit on portuguese. This same thing happened a couple more times at different launches and that's when I talked to some local pilots about it and got the scoop. This all sort of tweaked my view of that place but the attitude of the pilots saved me from a bad experience. It obviously wasn't about the money, what's 4 bucks when you pay a grand for a ticket? I just had about enough uneducated materialist dribble from the locals for a lifetime.

Whatever, the flying was EPIC!! I got off the lake site, a 400 foot launch looking out toward the ocean but with a 5km lake between launch and the beach. After scratching a while, I did a LOW glide out accross the lake, toes pointed, lips tight, shoulders in, and the T2 stretched it out like a champ...I love landing on the beach. That place was brown with skin there were so many people. I shoehorned the old girl in there and had a little body surf session before I packed up and walked out to the road. Nice day!

The rest of the time down there was spent catching up with my girlfriend and having some great new year's parties. While camping out on another small island for the celebrations, I discovered that my awesome 10 year old tent (it's bulletproof babe, don't worry about nothin' this thing laughs at storms)...had seen a bit too much sun in its day. During one harsh midnight downpour I decided to empty the fly of accumulated water and, a flick of the wrist later, my arm was sticking out the other side of the fly and water was pouring in the tent. Manuela was pissed, I admitted my wrongs, and a week later I was the owner of a new bulletproof, storm shrugging tent. But not until we had spent the rest of that trip under a huge plastic tarp flapping in the nightly downpours and threatening to soak us at any moment. I lost some points on that one.

Now I spend my days in Phoenix making up for lost time in the desert, just trying to catch the good flying days, make a little money painting, and relax. Organizing the comp we're having in May down in Casa Grande is at least a part time effort also with insurance, waiver, tug, volunteer, runway clearing, and other BS. It is looking good though and I am waaaay stoked to finally get my boys down here for some real racing. I just had a nice little ridge soar tonight down close to the comp site and it reminded me how excellent that area is for XC....I was watching the sunset over nearly endless flatlands studded with sudden rock cliffs sending off their last late thermals of the day. I'm already dreaming up how we can go LONG, spending hours with the map and google earth.
All pics courtesy of my awesome girlfriend, otherwise I would have no evidence of these tall tales.
Posted by Dustin Martin at 10:26 PM

Cool pics yo. Do you have any of the site where we are racing?