The daily storm pattern took a break yesterday and the wind clocked around from the east northeast so I decided to head down to Curt's homeland 200kms to the southwest for a swim and some seafood.

Thermals were very rarely 5-600 fpm, more often 2-300. Wind was cross from the east but always had some sort of tailwind component. Cloudbase rose from 3500 feet near Quest at takeoff time to 5500 feet at the coast at 6 pm.

Conditions at the beach were identical to the first time I flew there with the Brits and Davis last year. The convergence line was within a couple miles of shore and the seabreeze was more cross than onshore so final glide and landing conditions were awesome. 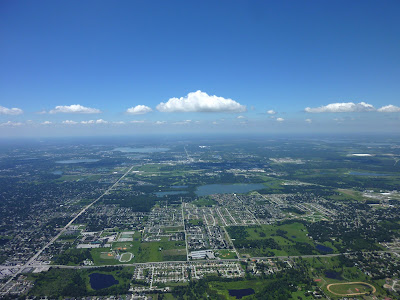 Outskirts of Lakeland looking back north toward Quest and thinning clouds. 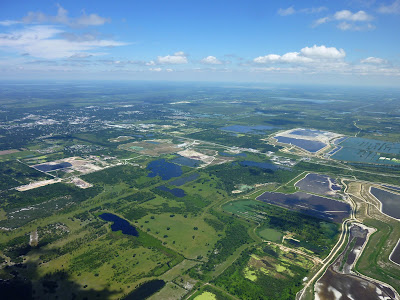 South of Lakeland heading into sparsely populated areas. Asphalt roads under me the entire way. 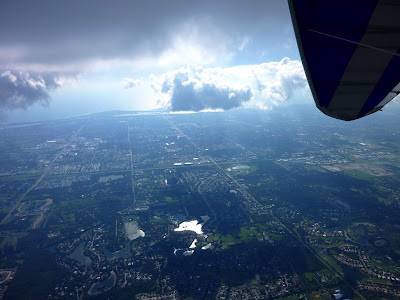 Getting into the convergence line for the drag race down the coast, looking west into Sarasota. 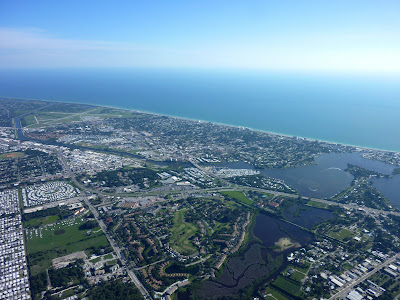 Final glide into the seabreeze over the Curt Warren spawning grounds. 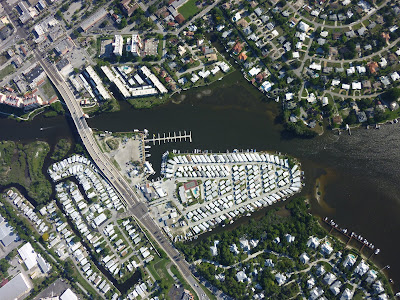 Fisherman's Wharf right in the center of the picture, better food than Sharkey's. 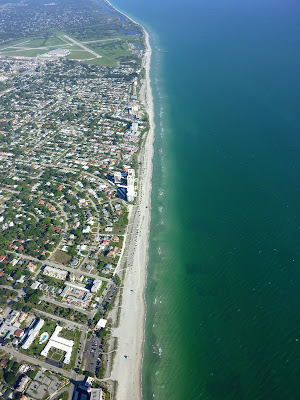 Looking south down the coast to Venice airport. 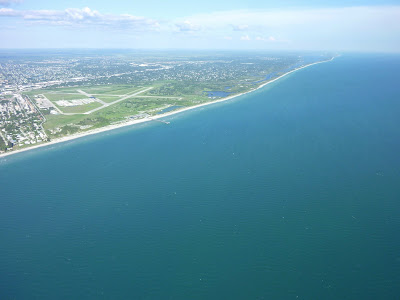 Playing chicken with the coast, landing was at Sharkey's restaurant on the pier.
Posted by Dustin Martin at 11:49 AM