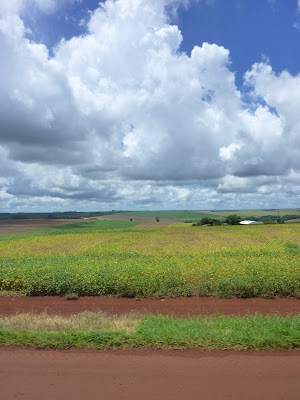 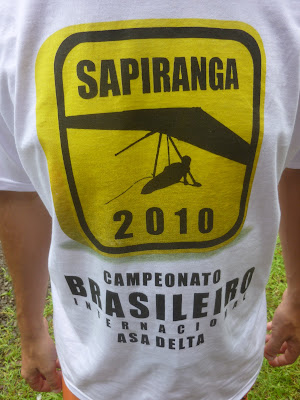 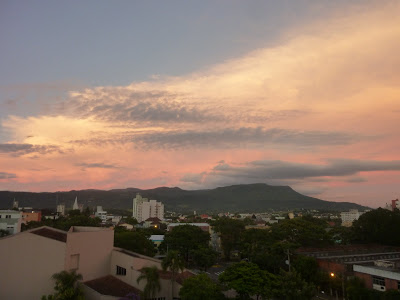 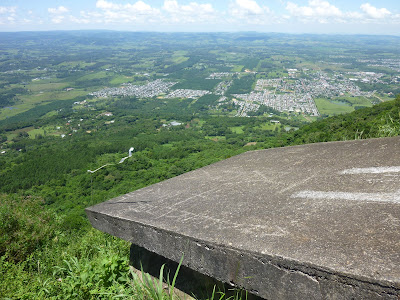 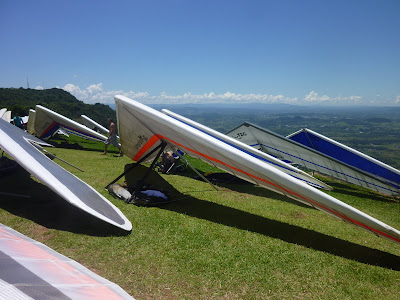 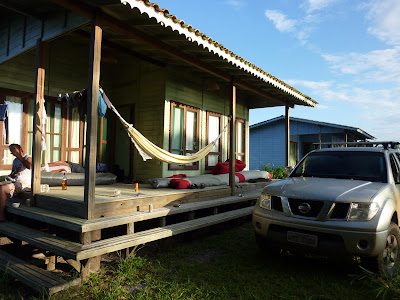 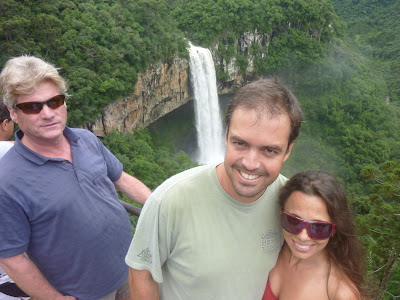 Jack Simmons and I flew down here for the first stage of the nationals in Sapiranga. Most locals don't like it for the lack of big distances and powerful air but I think it's heaven. Jack agrees. Out of 9 days we flew 7, probably around 3 hours average each day. Unfortunately the comp committee only thought 2 days were suitable for a task. The tasks were slightly overcalled given the fact that we were running over saturated ground, mostly rice fields. Goal was never made but the flying was still moderately fast and fairly tactical. Ferro is the current Brasilian champ and walked all over everyone else, winning both days. He wasn't gliding the best and he wasn't climbing the best (nearly), but he was clearly making the best decisions of anyone and walked away with the trophy.

The day after the comp we headed north with Eduardo from Mato Grosso and his awesome driver Flavia. We were intent on bagging a site on the precipice of the Atlantic range overlooking the ocean 50km distant. We arrived a day and a half later to find three wile e. coyote concrete ramps hanging over the edge of a cliff completely socked in by cloud. Long story short, we all flew, it was epic, and I consider it one of my best flights ever. About three hours after launching I landed just short of the beach in a beautiful field in a tiny village.

Next stop Betinho's chalet in Garopaba. Betinho Schmidt was good enough to lend us his chalet overlooking a lake next to the beach Praia do Rosa. We spent a day hiking the coastal cliffs and soaking up the sun. Betinho is doing great and planning a stand-up paddle from Floripa to Garopaba...too much open ocean for me. Good luck man.

Then Floripa - I had planned to show Jack some great island flying at some of the best beaches of Brasil. The wind swung too north after a frontal passage and left us stranded on Praia Mole, nothing to do but soak up the sun, sand, and surf for a day. I made a go at the PG launch above the beach but by the time I got up there it was simply unlaunchable. The guy up there saw me shouldering the wing on to the launch and questioned the wisdom of flying a hang glider there. He told me in all his years there he had only ever seen one hang glider fly there.. about two years ago.. gray top, yellow bottom with blue stripe? Yeah. Looping out over the surf for a couple hours? Yeah.. Ahh those were good times..

The group had to split up at that point. I headed due west to Foz do Iguaçu, and currently Jack and Eduardo are near the Pantanal and planning to fly Corumbá tomorrow.

Back in one week to Quest to take care of tandems and harness back plates. Deep in materials research right now, and after several protos the harness appears to be nearing production.
Posted by Dustin Martin at 9:47 AM