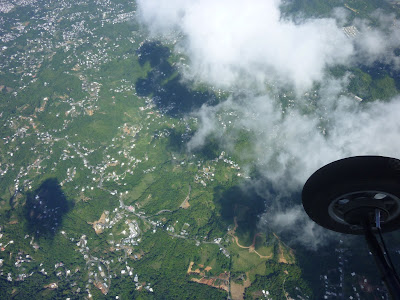 View of San Juan looking to the northeast 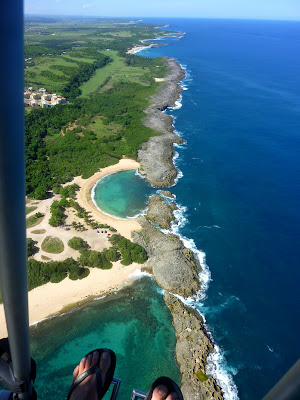 A few more pics from the last week in Puerto Rico. The dragonfly had to be flown back to Arecibo from Humacao and I ended up flying it over the edge of San Juan and out to the north shore for a quick swim at a deserted beach before hopping back in for the last leg to the Arecibo airport. Flew past a two lane drag strip lined on both sides with bleachers and completely blackened by burned rubber. I couldn't resist one quick run before heading home.
For who hasn't been down there, it has some great flying and is a really cheap roundtrip ticket from anywhere in the states. I will probably be back at some point now that we have the dragonfly available, to attempt a true end to end crossing of the island - towing up over the east shore and landing on the western beaches.
Posted by Dustin Martin at 12:11 PM